Alexander Makarov and Peter Smallridge visited the Paris HEMA Open tournament on the 6th and 7th of June to see if they could replicate their successes at the previous weekend. They did even better.

Alexander dominated the rapier and companion weapon tournament, ultimately winning four out of five awards available in its King of the Hill format. This included an impressive 20 match winning spree! 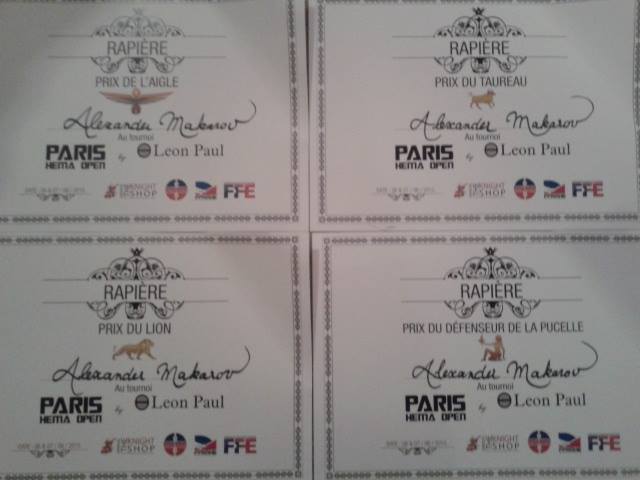 Peter won the longsword, beating Arto Famas of Zwaart & Steen 11-10 in a back and forth final to claim gold.

He also had a Ringen superfight against Nasri Amine of Association Ex Machina, whom readers may remember was forced to forfeit the finals of historical grappling at Swordfish 2014 to Peter due to injury. Peter also won this, and enjoyed the chance to fight in a Boutique Historique Ringen jacket.

Even more importantly than medals, both had a fantastic time and enjoyed the hospitality of the hosts as much as their fencing. We look forward to returning to defend these victories in 2016!